Warning: count(): Parameter must be an array or an object that implements Countable in /home/clients/df5c6011dbd4405eec7c1e18dd95763d/web/wp-content/plugins/xplan test/reservations/reservations.php on line 436

Warning: count(): Parameter must be an array or an object that implements Countable in /home/clients/df5c6011dbd4405eec7c1e18dd95763d/web/wp-content/plugins/xplan test/reservations/reservations.php on line 436
 Bains d'Ovronnaz | Hotel, SPA, thermal center in Wallis | Switzerland

Beneficial, relaxing, curative, the waters of the Bains d'Ovronnaz offer you the best of the mountain. Their warmth and precious mineral elements provide relaxation and well-being.

Around you, an impressive mountain circus. At your feet, the Rhone Valley. And opposite, the snow-capped peaks of the Valais Alps.

Enjoy 3 indoor and outdoor swimming pools, facing this grandiose alpine panorama and recharge your batteries in the heart of nature. A large lawn, children's games and deckchairs are available in summer.

The large complex of the Bains d'Ovronnaz is a company of the Descartes Group. The thermal centre operates and manages a structure with approximately 550 beds for a capacity of 1300 to 1500 people. Everything has been thought of to facilitate access to the relaxation and well-being areas, so several lifts have been created and covered and heated pedestrian galleries connect all the rooms and apartments to all the complex's facilities. A team of professionals welcomes you, guides you and advises you throughout your stay.

The great pride of the spa centre, the Panoramic Alpine Spa, was ravaged by fire on 15 December 2017. In the spring of 2018, the rubble was evacuated by helicopter.

In the fall of 2018, the new Panoramic Alpine Spa is in the reconstruction phase. The architectural complex will be equipped with state-of-the-art technology and innovation. With its unique facilities in Switzerland, the new spa will welcome visitors from spring 2019. 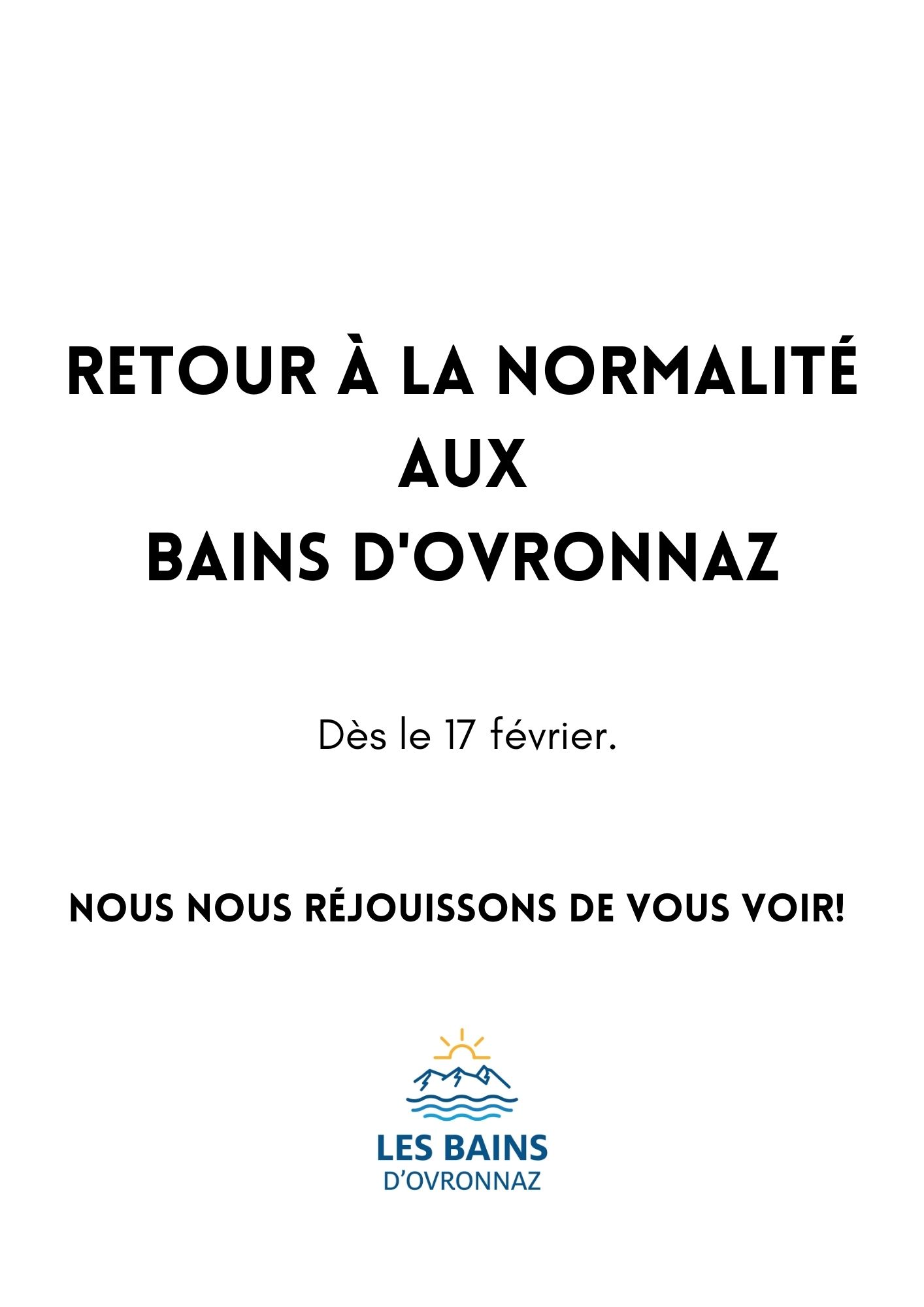 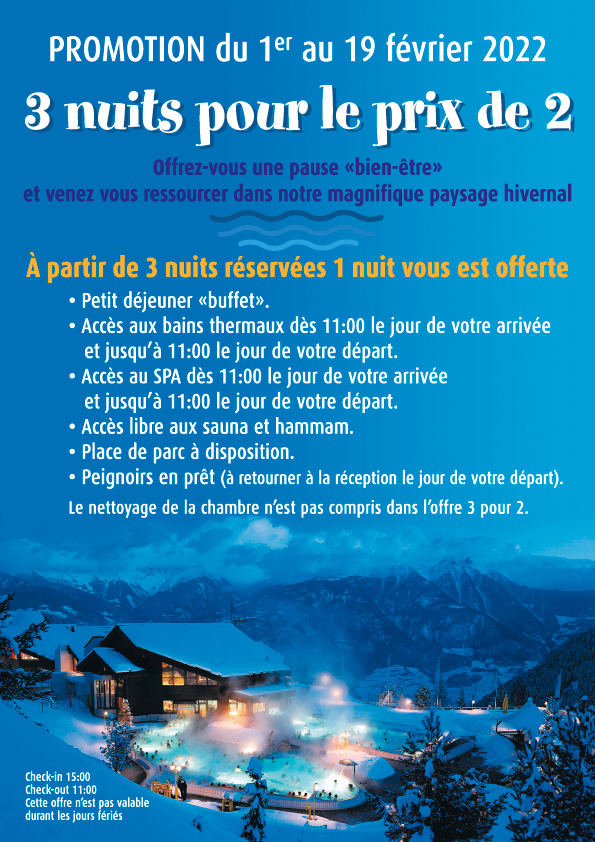